Yes, there are few old and mysterious temples of India that you must witness through your own eyes. The mystery in these temples feels as if these were built by some alien creatures because of the unexplained and unsolved science behind the phenomenon.

Here is a list of 7 such mysterious temples of India that will make you scratch the head.

Located in the Kangra district of Himachal Pradesh, this temple is dedicated to Devi Sati, the wife of Lord Shiva. The strangest thing about this temple is the Akhand Jyoti, the eternal flame burning for hundreds of years without any source of fuel.

Nobody has been able to find that out yet. But according to Hindu Mythology, it is believed that- Sati killed herself when her father mistreated her husband Shiva. When she died, Lord Vishnu divided her body into 51 pieces and that fell in the different parts of the earth. This is the place where the tongue was fallen and the temple was constructed.

Popularly known as Lepakshi Temple, it is known for its architectural construction and beauty. There are around 70 pillars in this temple but what fascinates the people is one hanging pillar which is one kind of wonder here. You can see people passing a piece of cloth from beneath this pillar.

The mystery behind this is still unsolved and a question for scientists all around the world.

You may also like reading about these hidden beaches in India for a perfect getaway.

3. Temples and their geographical Linearity

Some mysteries are very difficult to solve and the linearity of these three temples is one of them. Built in the era when there were no scientific tools to measure longitudes and latitudes, Chidambaram Nataraja Temple, Kanchipuram Ekambareshwar Temple and Sri Kalahasthi Temple lie in the same longitudes of 79 degrees 42 minutes east.

You can check this by opening any of the maps you use and marking these temples on them. You will be astonished to see they lie on a single line. Many people believe it to be a coincidence but all three being Shiva temple in one line makes us think behind the mystery of it.

You must have heard the saying ‘Unity is Strength’ and must have also heard numerous stories related to it. But the mysterious stone of Hazrat Qamar Ali Darvesh will show that to you in practicality. It is located on the outskirts of Pune and the stone weighs around 90 kg.

The stone can be lifted by the efforts of 11 people. You must be thinking 11 people can easily lift a 90 kg stone, right? But the interesting thing is, this stone can be lifted by 11 people with their index finger by saying the name of the saint in unison who has blessed it. Now that is something strange, isn’t it? It is impossible to pick the stone in any other way and this has made a number of scientists scratch their heads.

The story goes like this. There was a man who met with an accident and died on a Bullet (Royal Enfield) bike. The police took his body and bike away from the accident spot and kept the bike in their station. The next day, the bike was spotted at the same place where the accident happened. Police took the bike again and chained it this time. The bike was again found in the same accident spot. This happened for a few days and therefore the bike was permanently set there.

A temple was built around it and people pray for their safe journey here. Well, in India you can find God for everything. And this is another mysterious temple which makes the visitors awe with its unbelievable story.

There are many stories related to God, but the story of Nidhi Van is really surprising. Nidhi Van is the name of a forest situated in Vrindavan and there is a temple called Rang Mahal dedicated to Lord Krishna. You can find a beautifully decorated idol of Lord Krishna here.

Various kinds of things such as sweets, clothes, betel nuts, etc are offered in the evening prayer after which the temple is shut. No one is allowed to enter the temple premises when the sun sets down. But the next morning the priest finds out that the sweets are partially eaten and the clothes are used. It is believed that Radha-Krishna comes to this place every night and use these pieces of stuff while resting. Nobody knows the mystery behind this and if anyone tries to see what happens inside the temple after sunset then the person either dies or goes blind or mad.

7. Sugali Mata temple, The mystery behind the tilted neck

No matter however many times you put a perfectly built idol of the Devi, after some days you will find the neck of the deity tilted. All the deities inside the temple have tilted neck and the reason has still not been identified. One of the most popular stories behind this is many freedom fighters used to visit this temple and once it was shot by a British officer making the neck of the deity tilted.

So these were few temples of India whose mystery is still unsolved. There can be many stories behind it but the real fact has not yet been scientifically proven. Is it the faith of the people, or are there really God residing in these temples to show their miraculous power? Write down your views on these 7 mysterious temples of India and also share other mysterious temples and stories you know about. There are many in this mystical land of India, right? Do share with us in the comments section below. 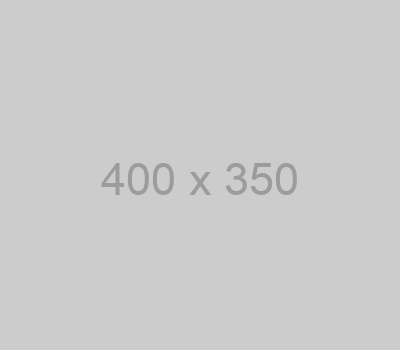